Paramount Plus OTT Platform Review - Is It Worth The Cost? 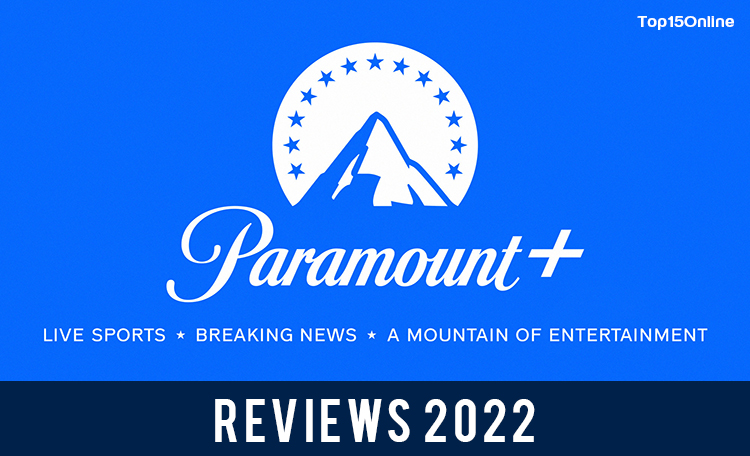 In today’s time, OTT platforms have made a special place in our lives. The fact that we can binge-watch the latest series or movies at one go makes these OTT platforms a fun way of entertainment that can be done at the comforts of our room, cafe, public transport etc. Adding more fun to the OTT platform party, a new video streaming service Paramount+ has made its way. An upgraded replacement of the CBS All Access, the Paramount+ gives us a unique experience with its on-demand streaming shows, movies and live sports telecast. With a plethora of video streaming services at audiences' disposal, it is quite natural to get confused about which to select. Therefore we have brought critical Paramount+ Reviews so that you can analyze which OTT platform suits you the best. The Paramount+ Reviews would dig into what all can be watched on it, the pricing and is it better than its competitors or not?

What all can be watched on Paramount +?

The service's content is divided into two categories: on-demand content (network shows, original series, and films) and live streams (news and sports). All of ViacomCBS' channels are available, including BET, CBS, Comedy Central, MTV, and more.

1. Series that it offers-

Like its competitors, the Paramount+ also offers an array of shows depending on the genre you like. If you want to binge-watch on drama series then below are a few options from which you can pick-

Some of the original series that will be available on Paramount+ are Star Trek; Discovery, Star Trek: Lower Decks, Star Trek: Picard, Stephen Colbert Presents Tooning Out the News, The Good Fight, and Why Women Kill

3. For the reality shows lovers

Let’s be honest, no matter how much we say that reality shows do not make any sense, we still love to watch them because of all the real-time drama it appears. Keeping up with all the drama, Paramount+ also offers some of the finest and most popular reality shows such as-

4. The Big Picture- Movies and documentaries

Unlike its predecessor who never competed with movie streaming services, Paramount+ has taken up this challenge in full stride against its competitors like HBO Max, Prime Video, Disney+, Hulu and Netflix.

Furthermore, its documentaries section also has some very interesting choices to explore such as 76 days, Console wars, Sir Alex Ferguson: Never Give up. On the Paramount+ one has access to watch a wide range of documentaries based on history, crime and politics.

5. For the sports enthusiasts

The Paramount+ offers live sports streaming. Coming with the CBS All Access background, the Paramount+ is keeping up to the expectations. It offers options to watch football, golf and college basketball events all on a budget.

For its premium subscribers, the Paramount+ offers access to all the local CBS broadcast stations that means one can watch primetime shows such as 60 Minutes or any other show of the CBS network as when they get aired. 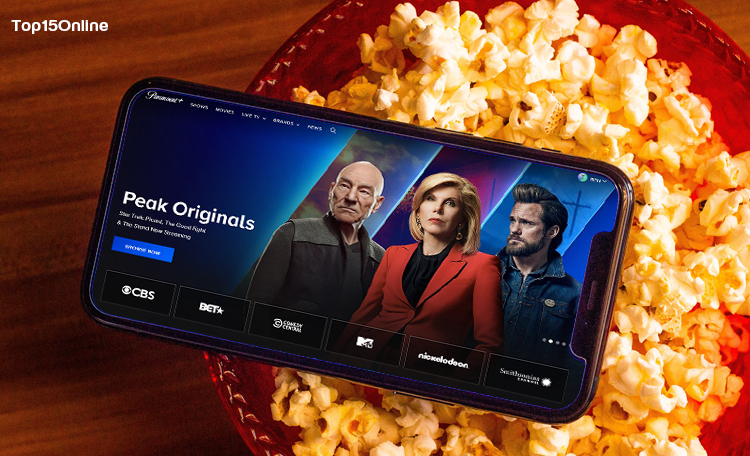 When it comes to pricing, Paramount+ like its competitors offers a monthly and a yearly subscription. The monthly subscription is $4.99 per month whereas, the year subscription would cost $49.99 per year. In these plans, one would not be able to access local CBS stations but can access NFL games and UEFA Champions League soccer matches. Furthermore, this plan doesn't support features such as streaming titles in 4K nor, would be able to download.

On the other hand if one chooses to subscribe to Paramount+ premium tier then that would cost $9.99 per month and $99 for a year subscription.

Paramount+ interface on the web and mobile app

If you have used CBS All Access then you wouldn't find much difference in the Paramount+ interface on the web. It too uses a dark color scheme, sleek in design and is user-friendly. To make it more convenient for the audience, the categorizations have been done such as Trending shows, Recently added shows, Trending movies, On Now, Original and more.

Each show has been given its descriptions, list of available episodes and related show sections. One thing that Paramount+ doesn't offer (which it should) like Prime Video and Shudder is that it doesn't allow the audience to leave reviews of the content or give any ratings.

Paramount+ can be easily downloaded on Android phones. Similar to its web theme, the app also contains a menu bar with Home, Search, Live Tv and More options.

Parental controls and Subtitles on Paramount+

This platform has a decent subtitling feature with the option of changing the font size, type, weight and color of the background. For subtitles, it offers the languages of English, Danish, Finnish, Norwegian and Swedish.

When it comes to Parental control, then the platform offers two kinds of settings- one for the younger kids and the other for older kids. When that setting is activated, only movies and shows with the specified ratings will be accessible. The strange thing is that Paramount+ doesn't require a password to switch from Kids Mode to Unrestricted Mode, which seems counterproductive to the purpose.

So is Paramount+ really worth the hype?- FINAL REVIEW

To answer this question, we would have to go through the pros and cons of this platform so that we can decide whether Paramount+ is worth an investment or not?

Paramount+ in a way has done way better than the CBS All Access, as previously CBS only got restrained within its content. Fortunately, Paramount+ has broken that barrier and is offering a wide range of TV shows, movies, Live Tv and sports all at a decent price.

It offers something for everyone, be it dramas, children's shows, family series, latest movies and sports games with easy accessibility. The accessibility of the latest Paramount+ movies on the platform gives the platform its uniqueness.

Things that Paramount+ needs to work upon are its basic quality life feature, downloading feature, the not-so-strict parental controls, creating more original content and most importantly, adding more features and options in the budgeted subscription.

The objective behind this Paramount+ Reviews was to ensure that our readers get to know this OTT platform completely so that they can decide better whether this platform is worth switching to or not. After considering the facts, pros and cons of the Paramount+ OTT platform, it can be stated in this Paramount+ review that this OTT still has a long way to go. Being a new contender in the OTT world it has to fight hard with some popular big guns like Netflix, Amazon Prime Video and Disney+ which is why it is all the more important for them to create a platform that entertains its audiences by giving them a wide range of choices to select, without them worrying about a hole in their pocket. 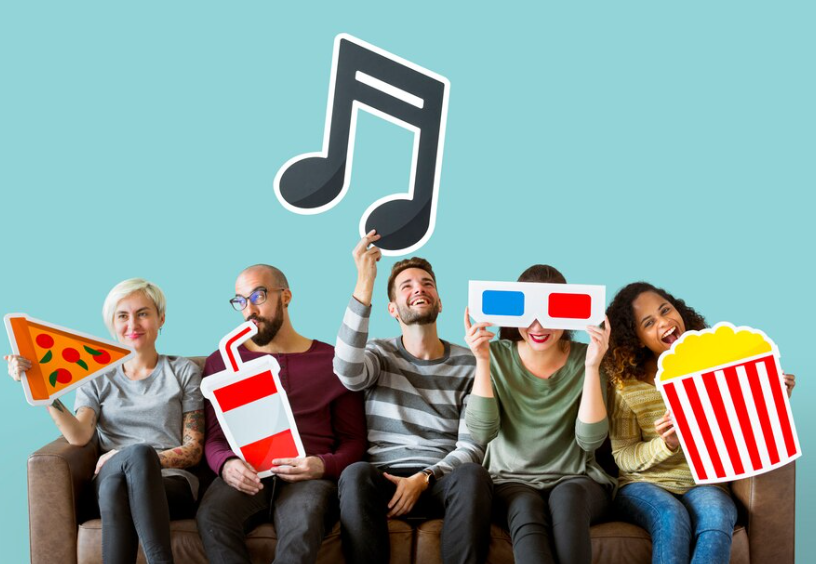 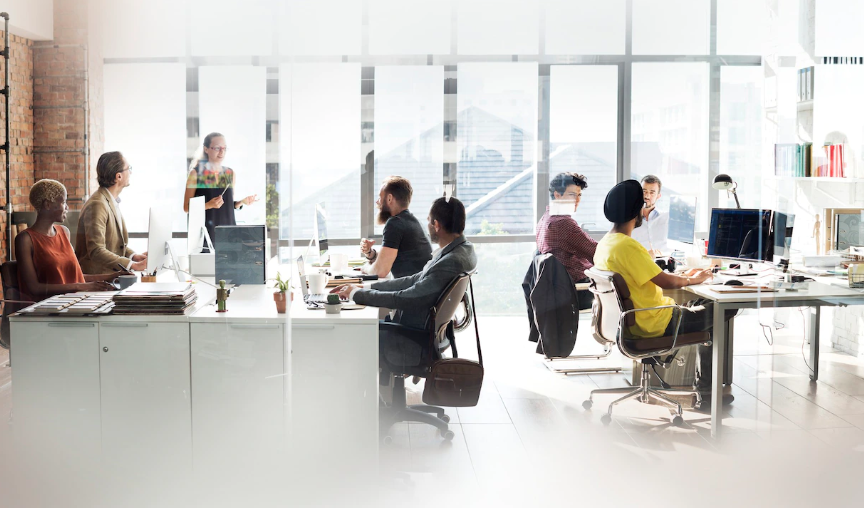 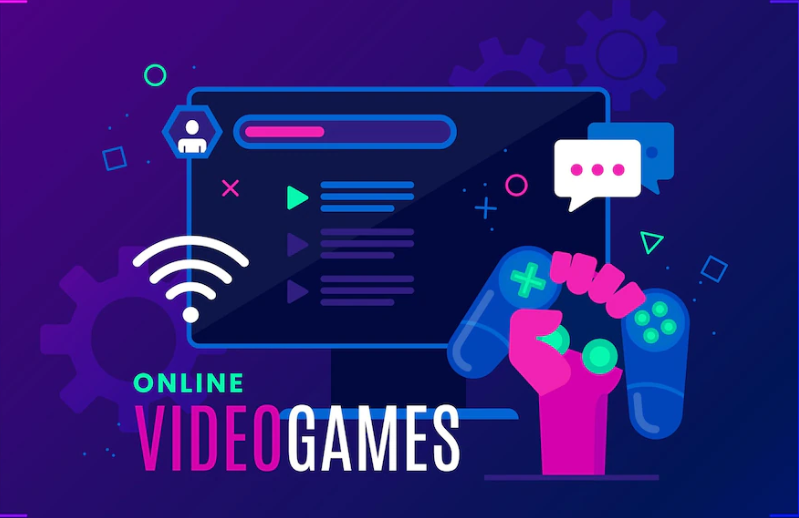 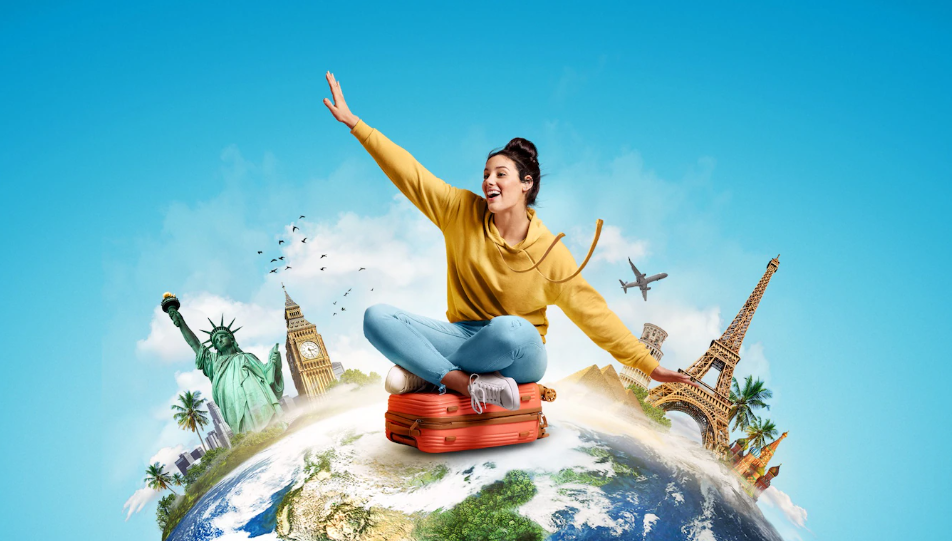 For all your travel needs 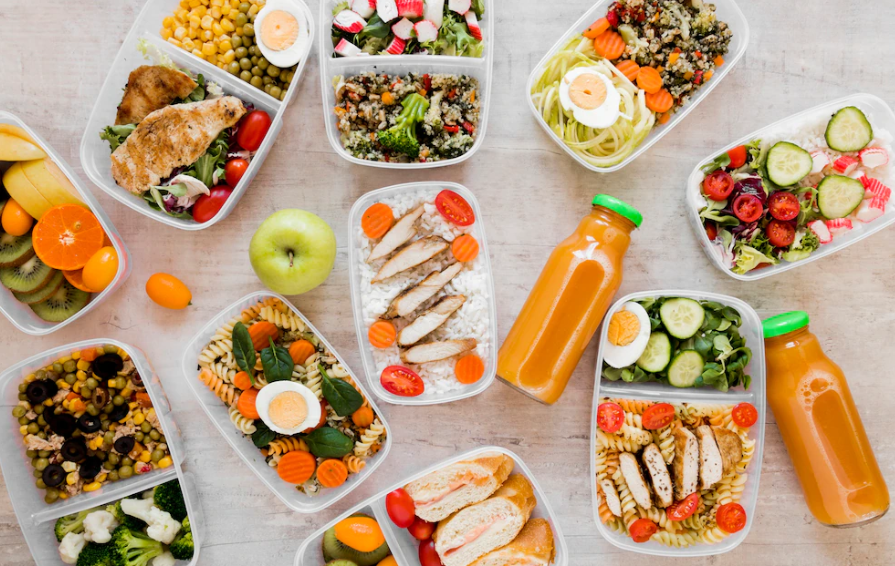 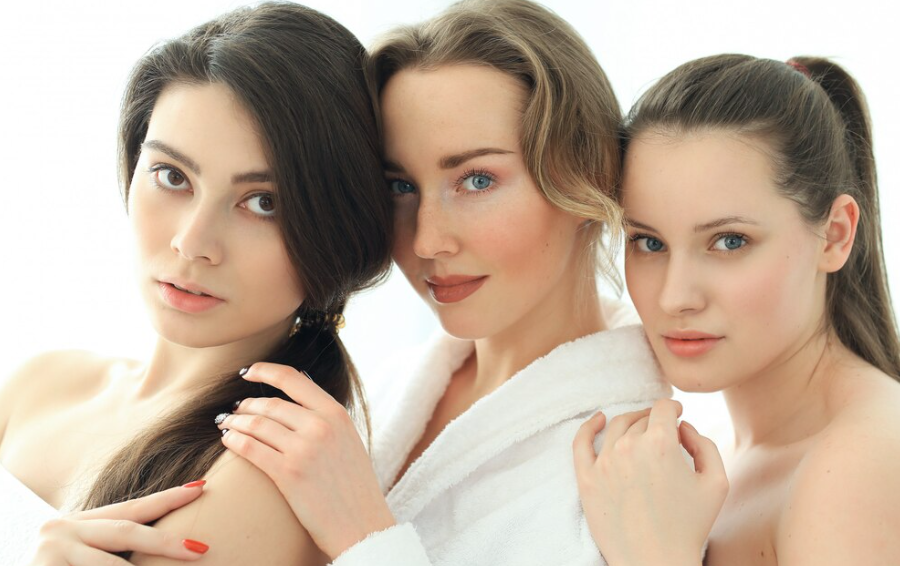 Best of beauty trends for all 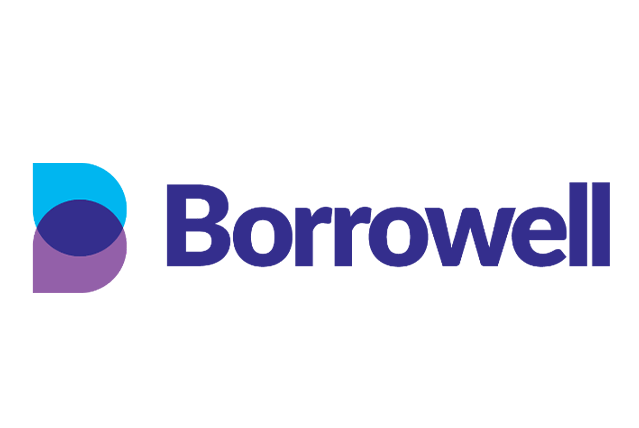 Are Credit Scores important? Read this Borrowell Review to know why 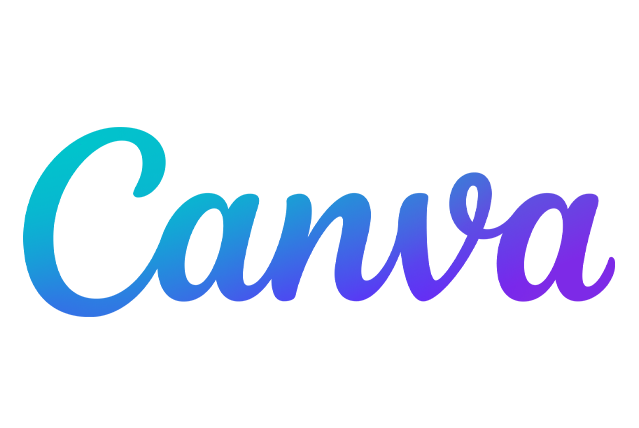 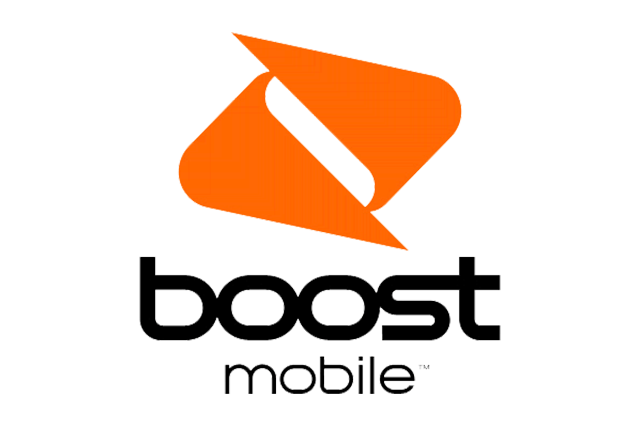 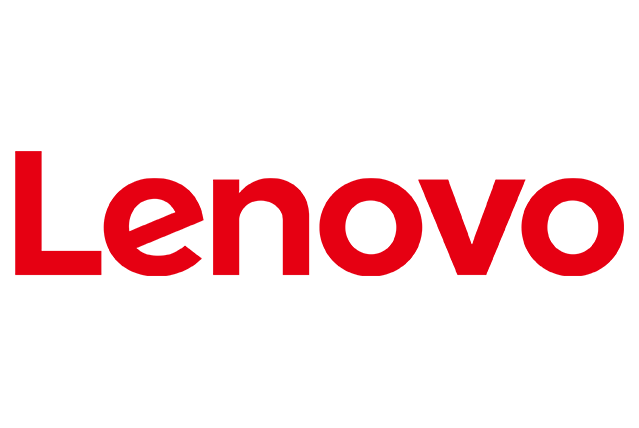 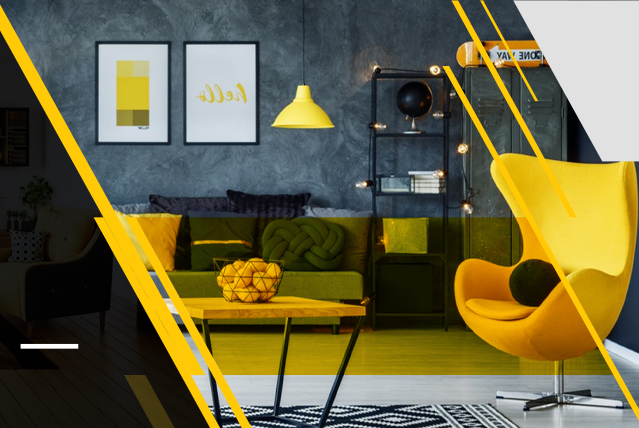 Top 15 decor items that make your home different from neighbors